The art of digital marketing fail. The change in the lead generation process that led to 40% trial downloads drop. 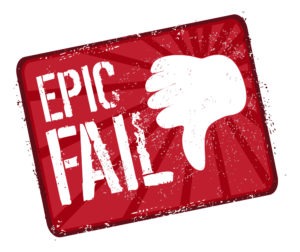 This happened with on my customers that develops the web parts and apps for Microsoft SharePoint and Office 365. When I joined the company, I was looking at the trial experince and instantly figured out that the trial files of the web parts can be downloaded directly from the website without the form submission.

The company also had the analytics problem – it was not possible to automatically identify the source of the end purchase because the one who downloaded the trial and the one who paid the invoice (or sent the purchase order) usually were the 2 separate people (sometimes even from different organization: the customer and the software reseller). The only way for us at those stage was to manually compare the email domains of the trials and the purchasers from 2 separate databases: website forms and the billing system.

With all this in mind I decided to introduce a simple registration form on the website that should allow us to grab prospects’ emails and connect it with “My Account” section where all the users could download the other web part trials, explore whitepapers and other materials, view their licenses and more. We developed the necessary functionality quite quickly and went out without the test on 100% of the traffic. One of the main things that I didn’t think of is the competitive situation. Only 1 out of 4 our main competitors had such a client area and download forms, all the rest provided the trial just as a direct file download with no marketing forms.

The results during the first 2-3 days were looking pretty good. Even though I quickly understood that we’re going to lose some of the trials (I estimated this in 15-20%), we started to get the valuable customer information: email, name, country, phone, company name and title. The company was suffering without this data, which is vital to understand your customer, develop the necessary products and have the right sales analytics from the first ad impression to the arrival of money in our bank. This made us a bit blind as well as the fact that in our sales model the lead volume drop only affects you in 2-3 months after it happens because there’s a delay.

The data that we collected for 2 months gave us some insight. We previously were only able to get the cost-per-lead information from our campaigns, but now we started to see what exact leads converted into the opportunities (the way I described earlier in this post – by comparing the email domains in 2 separate systems). However, the result of this was a massive drop in trial downloads – nearly 40% instead of 15-20% that I expected. That’s why we decided to go back and leave the form-free download process. After we removed the form the download conversion quickly went up to the previous levels.

Lesson I learned: “Don’t always put the analytics in the center of your marketing activities”. It’s useful, but sometimes can hurt your results. If you want more information from your customers or prospects, be ready to pay them for it with something compelling: free usage, the functionally unlimited trial version or something else. In the end we also paid for it – but with the worst currency possible. Try to avoid this in your practice. 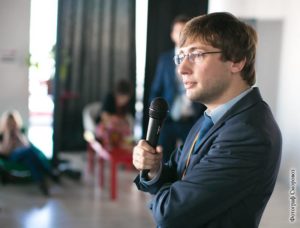 Andrei Iunisov is a lead generation and SEO expert with 15 years of worldwide experience. Since 2006, Andrei has been involved with digital marketing and SEO in the rapidly growing software development company Parallels in Seattle, Washington. In 2009, Andrei founded the first web analysis agency in Russia. The list of Andrei customers includes TOP-100 Russian and international companies from all industries. In 2014, the business was sold to the largest independent online advertising holding company in Russia - iConText Group. Andrei has been offering lead generation, digital marketing and SEO services for various companies from all economic sectors worldwide since 2016. Andrei regularly shares his expertise and case studies in his personal blog.

Want me to improve your leads and traffic?

Let's chat and see what can I do for you. Only if I'll foresee the value for your business in working with me, I’ll be able to take you on as a client.

If you won’t want to move forward together, that’s OK too. Worst case scenario will be that you'll receive some free advice from me which will help you grow the traffic, leads and sales numbers.

Feel free to book an initial 60-minute free consultation. You will hear from me within 24 business hours after submitting the below form.

We use cookies to provide best web experience for our users. By continuing to browse this site, you agree to this use. Read more from our Privacy Policy.
ACCEPT
The art of digital marketing fail. The change in the lead generation process that led to 40% trial downloads drop. In most cases people are willing to show only the best results of their digital marketing efforts or even to show the fake "real" results of their work. However, in this post I decided to go in another direction and list one of the most prominent fails that I had during my digital marketing career in software & SaaS industry. Andrei Iunisov - Digital Marketing & SEO Consultant 2020-02-20 2020-02-20
Andrei Iunisov - Digital Marketing & SEO Consultant
09131 Chemnitz, Hilbersdorfer Str., 52, Germany
+49 1514 5128623 https://iunisov.com